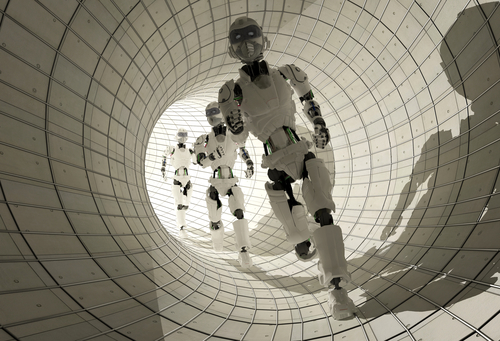 Here you’ll find some of my thoughts about the future of mobile apps. I think that there will be much less of them very soon. Why? Read below.

There are a lot of apps for many purposes on every mobile phone: mail, facebook, maps, online banks, transport payments, newsfeeds, games, online shopping, taxi apps, foreign words learning, smartwatch or fitness band sync. The set may vary but we usually have dozens of them downloaded and installed. Sometimes many apps for more or less the same.
For example, several taxi apps in one gadget if you use more than one taxi service.

How many apps do you have on laptop or PC?
Significantly less – the most part of services do not require downloading and installing. A browser is enough for mail, checking bank card balance, payments, finding an address on the map. It can be IE,
Safari, Firefox, Opera – whatever you like more. But 10-15 years ago it was different. For instance, Google Maps (it was Australian project Where 2 Technologies then) was a downloadable application. And there were no online text processors which could compete with Ms Word, ICQ/AOL IM for chatting which held the chat history on one PC where installed. If it was installed on your office PC, you couldn’t check what was discussed on your home PC. So it was more or less like what is on now with mobile apps. If you have deleted Viber you have lost all your messages.

Why have mobile app developers ignored such long evolution of PC Software and again started with downloadable applications? Firstly, The handheld PCs which were the preceptors of smartphones appeared before the invasion of cloud solutions and online services. So they followed this way together with
PC software. Secondly, the progress in this sphere was very volatile until iPhone (2007). The introduction of iPhone rushed all the vendors. We have got app store, google play (google market), touchscreens only then. And phone keyboards and styluses sunk into oblivion. And the third reason is that while PCs didn’t have any lack of fast internet lately, broadband cellular internet (3G, 4G) was offered at an affordable price only recently. That’s why this scheme when you install some app being connected to unlimited Wi-Fi and then enjoy it anywhere even without internet is quite reasonable and convenient.

Now we don’t have any difficulties with mobile internet in the cities and beyond. The smartphones are equipped with the hardware which is able to run games with “heavy” 3d and fx. At the same time, the web went far ahead (so that’s why online apps are available now as I’ve stated above) and all modern adaptive sites don’t look ugly on the most of the screens including phones. Besides that, web technologies offer such tools like audio video embedding, local storages, location sharing and more stuff like that. And it is also possible in mobile browsers. Here is how Google Maps looks on mobile Firefox:

Here we have Telegram launched. You can chat, send voice messages and files

It shows that the most popular apps can work in the mobile browser now without downloading.
Well, not all features are available, but this is the limitation of the web app and not the browser or smartphone. You can even bookmark the page and place shortcut on the desktop like it was some installed software.
I will disclose the secret of the developers – the apps we download are the saved versions of websites packed into applications as most of the maps are being made with the same technologies and standards which are used in web dev. If some company needs a website for its service and mobile app, it can do it faster and simultaneously, and later support and update will be simpler.
One more trend which becomes more and more evident is the growth of popularity of instant messengers (Facebook messenger, Telegram, Whatsapp and others).
Their services exceed chatting and voice talks. Users read news feeds, get file sharing, contact different customer service. Some payment services offer their bots to replace mobile apps.

There will be less native (downloadable) applications. Browsers and instant messengers will remain downloadable definitely. There will be more web applications and messaging bots. Why? First of all web apps can offer the most of the things that “classic” apps do:

Instant messengers can also do a lot. And when notification is concerned they are better than any other app. Updating the channel or bot is not required at all, everything happens somewhere far away on some distant server.
And there are things standalone apps can’t:

Where will it lead us? There will be more services available via sites, telegram or WhatsApp. As to me, I think that messengers will be more demanded very soon. Not without reason Pavel Durov, the founder of
vk.com (one of the largest social networking service) and later telegram, says that messengers will replace social networks.
Telegram bots provide simple interfaces which don’t need typing. This is weather bot:

Imagine you came to some country for one day and want to take a taxi. What will be easier and require fewer clicks:

Sharing audio, video and photo give powerful tools which can be applied to many tasks.
You are listening to some song and what to know it’s title? While you are looking for the app and installing it, the next track will be playing.
Finding some music recognition bot will take much less time.
Messengers offer now dating services – just make photos, write something and share location, you’re now signed in.
Maybe in some near future bots will translate speech, recognize texts, be personal assistants. Some team of developers can gather and make some Siri analogue which will plan your days, book places, buy tickets and nudge about the issues to be done?

We use cookies to ensure that we give you the best experience on our website. If you continue to use this site we will assume that you are happy with it.Ok